Yesterday turned out to be an example of everything that can go wrong when we get snowfall in the South -- below the Mason Dixon Line.

Though weather forecasters had been predicting this particular snowfall of up to 4 inches, they kept saying the highway/streets were too warm for any problems. How wrong they were! As is often the case here in north Alabama, it's never easy to predict where the accumulation will be the worst -- and it so happened, we got at least 4 inches in about two hours, between noon and 2:00.

Since the county schools had delayed school for two hours, and let out at 1:00, that turned out to be a mess. School buses were caught in the worst of the blinding snow, as well as getting stuck in various spots all over the county. Some were at the bottom of hills, some near bridges, etc and some schools kept the kids, not letting them out till after five.

And then there was the fiasco on the nearby interstate. Our region is actually at the end of the long Appalachian mountain range, located atop a high plateau. Going or coming, there's serious hills to climb or descend. Therefore the interstate traffic began as a slow crawl, then stopped altogether. The hills had iced over, snowfall atop that with falling temperatures during the night. Wrecks were everywhere, over 100 reported on the interstate alone!

The civic center opened for stranded travelers last night. Nothing really cleared up till around 10:00 this morning -- but both city and county schools were closed. Ah well, so it goes...

In the meantime, back at home on the range, I got a few good pictures and stayed cozy inside with my pets. Did some reading, surfing the net, and sorted through the photos.

For the first time ever, I heard snow thunder a couple times yesterday. I was out on the back porch taking pictures when I heard a boom, then a deep rolling thunder that seemed to go on and on. Surreal and creepy!

Today I went to the library, returned books. Then came home and took the dogs on a walk; neighborhood streets were fine, but my front steps had to be cleared of ice (rarely gets direct sunlight). Now it's a beautiful afternoon, brilliant sunshine, 50+ and only a little snow in patches here and there.

Here's a few pictures from yesterday (click to enlarge):

Back yard at noon yesterday,
only a dusting as snow started. 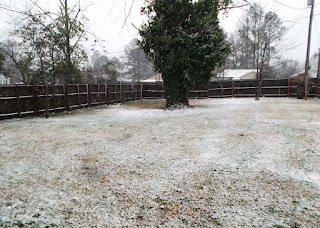 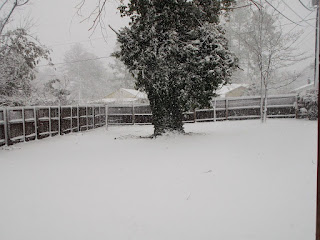 The street in front of my house 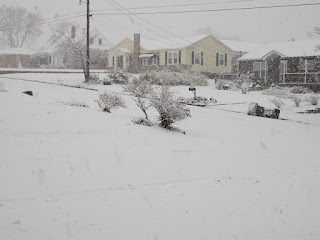 The other direction in front of house 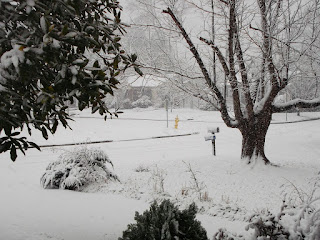 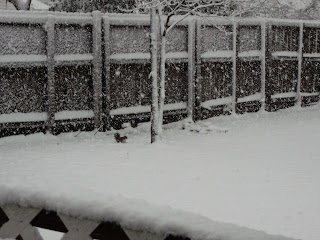 Neighbors trees bent toward my fence 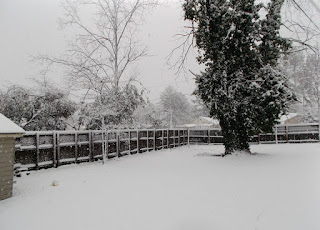 Other corner of back yard 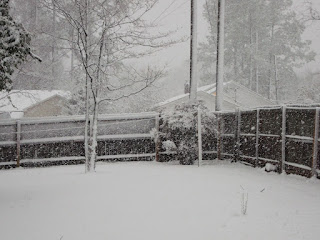 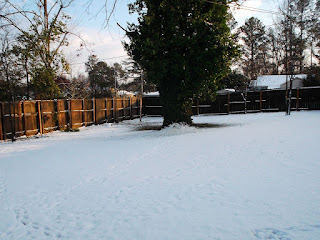 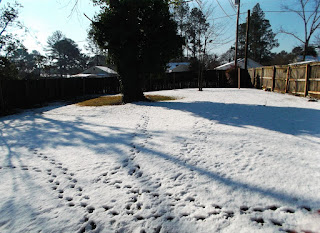 Finally, a cartoon that was on
FB about Southerners & snow! 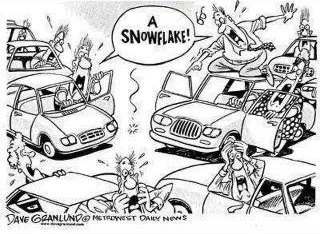 No writing prompt today, since I had the pictures to share. I'll have a prompt tomorrow, if I have time; it's supposed to be a beautiful sunny day, in the 50s! May take dogs to park...