I went to the library early; by the time I got back home, the sun was shining. Felt nice after several days of rain and overcast skies.

Took the dogs on our usual long walk, even though a brisk wind dictated I bundle up snugly. Tomorrow is definitely dog bath day! And we're predicted to get a warmer, sunny day.

And now for a few photos (click to enlarge): 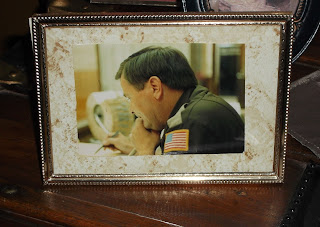 One of my favorite pix of late husband 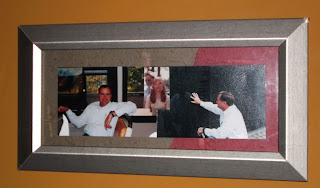 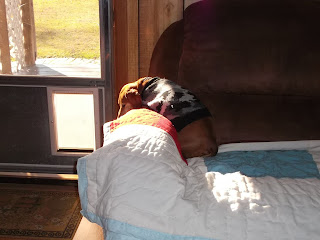 I'm reading a book titled, "A Dog Named Boo," and found this wonderful quote from the Anasazi Dog Myth:

The earth trembled and a great rift appeared, separating the first man and woman from the rest of the animal kingdom. As the chasm grew deeper and wider, all other creatures, afraid for their lives, returned to the forest--except for the dog, who after much consideration, leapt the perilous rift to stay with the humans on the other side. His love for humanity was greater than his bond with other creatures, he explained, and he willingly forfeited his place in paradise to prove it.

With that, I'm outta here for today.