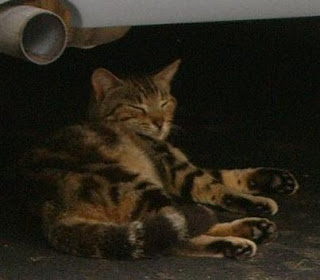 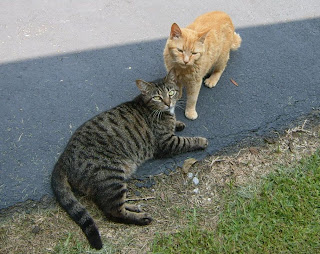 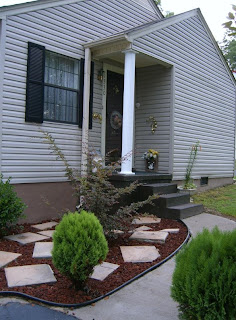 I thought I'd post with updated photos -- approximately six months after I moved back home. And yes, it does indeed feel like HOME to me. I suppose it always will. When you've lived in a house for 25+ years, it becomes a part of your heart and soul. Just driving down the street toward my house, I always feel a sense of belonging, of coming home. Call me old-fashioned, whatever, I just know this happy feeling when it washes over me!

Before the photos though, just a few random thoughts. I find it so sad about the ongoing tragedy in the Gulf; it will never be the same, and though I haven't been to the seashore in years, I hate that it will now be changed forever. Perhaps never returning there will allow me to remember it as beautiful and pristine as it once was back in the 80s, when DH & I last vacationed there.

I get nearly nauseated when I see the oil-drenched birds and think of how truly devastated nature will be in the coming months. As I write this, fish and fowl are dying...living their last surviving moments. Yes, I feel badly for the people along the coast who earn a living off the fishing industry, but the waters have been over-fished for years. My main sympathy is for the wonderful wildlife that had nothing whatsoever to do with the man-made destruction going on around them.

My daily life goes on as usual: writing, gardening, walking the dogs, cooking veggie food, and being serene and at peace. It's nice, probably what I imagined it would be years ago when I envisioned a solitary lifestyle. Marriage was wonderful in its own way, but so is living alone and enjoying the peace that brings. I'm content, and that's more than most people can say.

And now, here's a photo tour around my house and yard. Click on photos to enlarge. 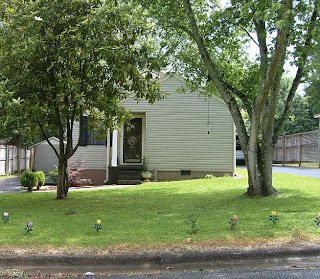 Front of house from across the street 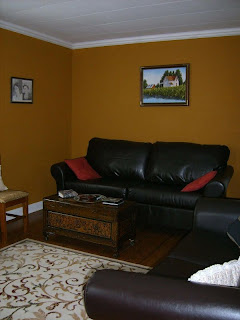 The living room, what you see as you enter the door 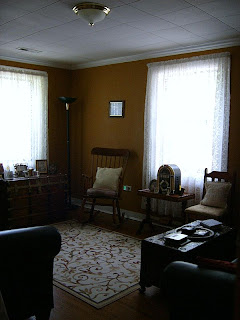 Another view of the living room taken from the hallway 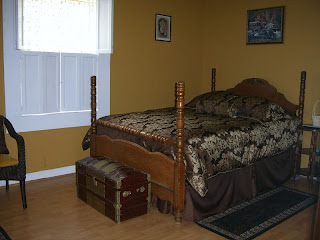 My new comforter set for the bedroom 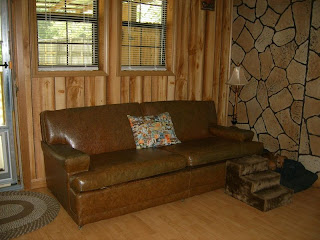 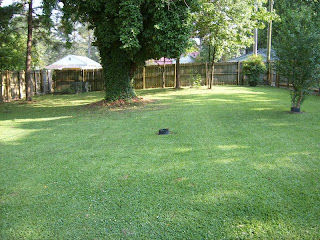 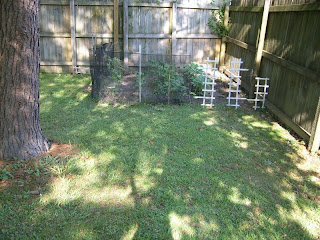 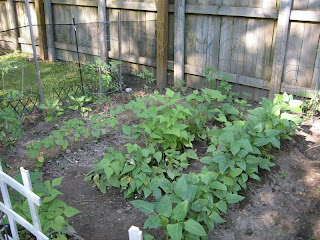 A close up of garden -- left to right, tomatoes/pepper, okra, green beans and purple-hull peas 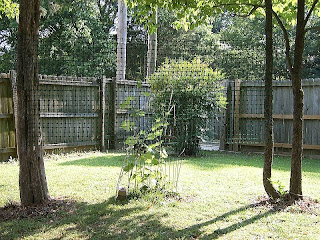 The white grapevine, growing and growing! 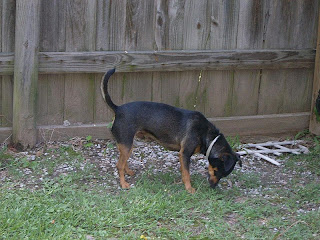 And this is Rambo, doing what he does a lot in the back yard -- sniffing and enjoying something only he can detect in the ground 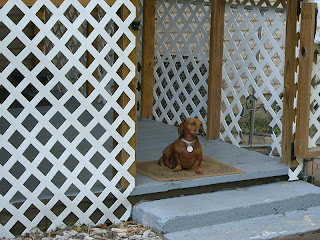 Of course, Oscar only leaves the porch to do business...and the rest of the time he sleeps 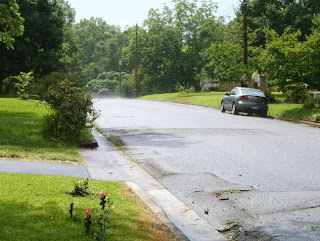 There was a brief rain shower earlier, and the street was literally steaming mist due to the heat!

Now I'm about to cook some fresh yellow squash my sister brought from her garden yesterday. Yummy! I have some squash plants (not visible in the garden photos) but no yellow, just patty-pan. They are blooming, so it won't be long. I do have one tiny tomato...as well as some tiny cukes, can't wait for the first ones.

And finally, I'll end with a link to this fascinating article in the New York Times about older people being happier. Sure seems to be true for ME!

Happiness May Come With Age, Study Says
Posted by Cara at 3:33 PM 2 comments: