Another beautiful day, even though we were supposed to have storms today. Maybe later in the afternoon, or not -- who knows? My yard will have to be mown probably next Monday; I don't like to keep it butchered, and also waste gas when it doesn't really need mowing.

Yesterday at Walmart I looked at a lightweight weedeater with recharable battery. It only costs $56.00 and I am considering buying it if the weed killer doesn't control perimeter areas of the yard. I have a long curb in front of the house, and alongside my paved driveway...not to mention the chainlink fence. I will probably get the weedeater, since I think it's light enough for me to use -- and doesn't need gas or cord.

I'm enjoying the new feature at Twitter, which allows my brief (you're limited to about four lines of text) updates to appear in the sidebar of my blog now.

I finished a good novel last night, and need to head to the library shortly. Reading novels helps me deal with the random, seemingly mad world we inhabit, as well as inspire my own writing.

Now here are a few random photos around my place: 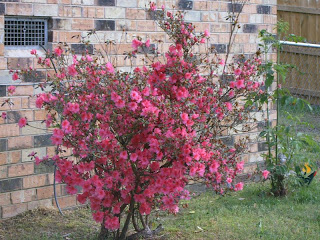 The azalea at rear of my house, survived the late frost 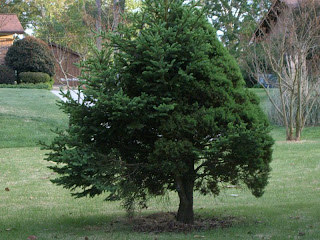 Weird tree beside my house is flourishing 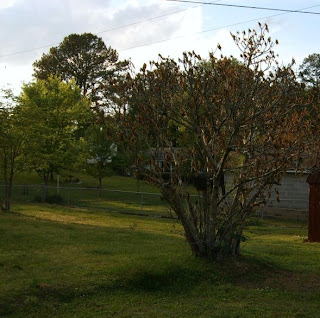 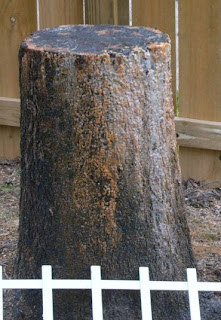 Pecan tree stump has become bane of my existence, tried all kinds of methods to kill/stop sap 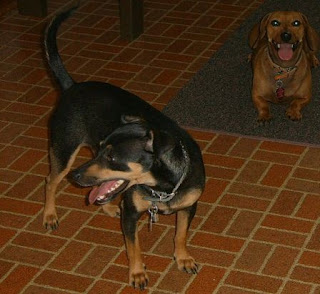 Pups tuckered out after getting back from walk