Just a brief word about the following pictures and a warning. One my sister's neighbors received a potted plant as a gift, and when she was taking it out of the pot to replant...she found that, apparently, a snake had laid eggs in it, and they'd hatched out! Yikkes! Here's the proof and a warning: be careful when repotting plants! 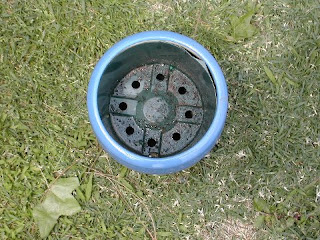 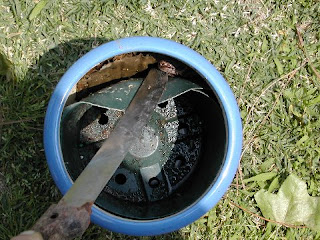 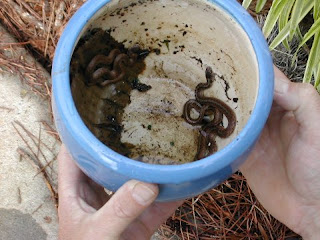 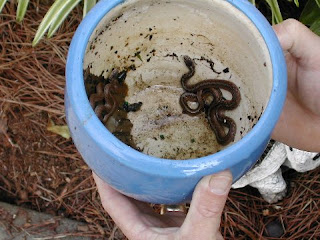 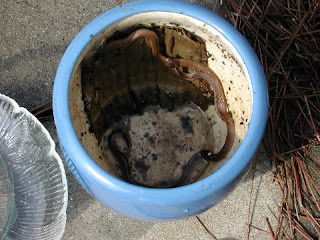 I have no idea how this happened, but it DID. Again, just be cautious when you are taking plants out of a pot. I know there are stories on the net saying this is a hoax and/or urban legend -- but this happened. In fact, looking on the internet, I read a few news articles about people being bitten by snakes in pots at the garden department of several large stores, such Wal-mart.

Rainy day, I'm doing some housecleaning, and hope to catch up on email later this afternoon.
Posted by Cara at 1:55 PM