Letter to my late husband

Dearest DH,
What would I say to you if I could see you today, four years after you died? First, I'm coping and I've survived. That would make you happy, because you always put me first, and wanted to see me secure and well. It's been really, really difficult at times, but I always kept you in my mind: how the first thing you said when you realized your illness was terminal was that you were sorry, how brave you were in that statement, and the epitome of love: even facing death, you thought of me first. You knew how much I depended on you and how lost I'd be without you. Yet I think you'd be proud of me: I've been keeping on keeping on.

Most important of all, dearest DH, I'm home now -- back in the house you and I shared for 25 happy years. But I left here because I wanted you to realize your dream: having a farm and your horses nearby. I don't regret that we bought and moved to that farm; we had some happy times, although we were only just beginning to realize the dream come true when you fell ill.

I often find myself wondering and dreaming about what if, what could have been, what you and I would have done with that farm by now. I try not to dwell on "what could have been" these days though, because I know it can never be. One of the worst regrets I have is that you couldn't have lived to enjoy your retirement; for a couple years after I lost you, I felt so very guilty for getting your pension, (and life insurance) even though I know you arranged that so I wouldn't have to struggle financially. Still, many times I still feel bitter that you were cheated out of the years we planned to be golden and carefree together.

I miss you every day, but I'm getting better -- begrudgingly. I didn't want to get better or get over you for so long, for I felt I'd be losing you forever. But after these four years, I know I'll never lose you: you are in my heart. And as long as I live your memory will live in me -- so in that way, you'll never, ever die so long as I live.

The first year after you died, I did exactly what you said to do: sold the farm, moved back to town. The second year I couldn't bear the loneliness so I went back to the newspaper -- but I was older and it was just too stressful (which made me often wonder if I was repeating what happened to you: staying in a stressful job too long). I quit, and then I started dating -- perhaps I thought I could replace you. I soon found there are some nice men out there, but by then, I'd learned to be independent -- and frankly, none of them could compare to YOU. When you've had the best, why bother with the rest?

I won't lie, this February misery is becoming less and less each year as you grow further into the past. I don't lie awake crying at night, nor do I get up and roam the house, shouting and cursing your untimely death; however, I do sometimes still awake early in the mornings panicked, feeling something horrible has happened, that I need to take action to prevent it immediately. Yet as I calm myself, I reflect that I'm okay, nothing is wrong and let my memories go from sorrow to joy and happy times together. But the one thing that will never go away is how I miss sharing every day's events, the small, insignificant, and the major ones too. I know mostly how you'd feel and respond, but still, I miss hearing you say it...and oh yes, I miss the comfort of your big bear hug, the overwhelming security of being wrapped in your strong arms.

Yet, as selfishly as I want you here with me, I would never have wanted you to have lived a moment in the kind of horrible pain and suffering that the acute leukemia would have caused you. I have accepted that your sudden death was a mercy granted you because you were a wonderful, caring, giving human being.

I'm not the only one who misses you, both our families miss you and you live in their hearts as well. I have met so many people in the community who miss you too, and they always say they can't believe you've been gone nearly four years. That is the legacy of a good man -- and you were certainly one of the finest, the best men in this county. You are not forgotten.

So just for now, this time-out-of-time, let me remember you with some cherished pictures from our farm:

Our farmhouse in a side-by-side comparison of the old house before/after we did renovations. 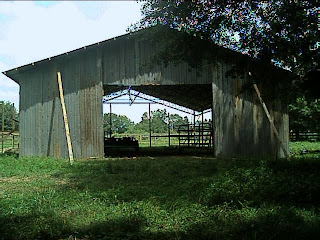 The beginning of the barn you & our friends built 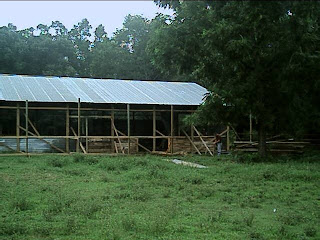 An extension on the side, you working on it that last summer 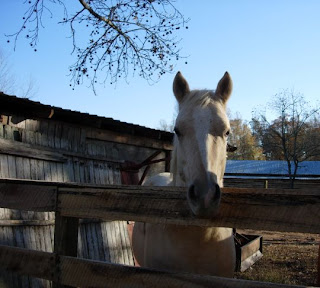 The last colt born on the farm; you named him "Harley" because he was going to be your motorcycle! 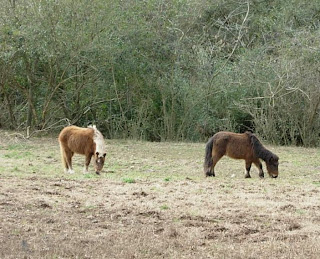 Ginger & Festus, the miniature horses you helped me rescue from awful owners who were keeping them in a dog pen! We fattened them up real fast, and they loved running, grazing in the big pasture.

You enjoying a trail ride with your buddies

Below is one of the songs I listened to when I was dating you, and in some ways it was our special song -- though already outdated in 1970.

You've said many things I've said in my head to my Jim. I'm coming up on the 2 year mark and I guess I can say that I'm at acceptance. At least today. April 6 may be another story. So from a person you've never met who has joined you in this horrible horrible club, I'm wishing you continued peace.

That was a beautiful tribute to your late husband.

Anonymous said...
This comment has been removed by a blog administrator.
6:36 PM