First, the upsetting fiasco of last year, near the end of December, early January. As usual, I had to resolve it -- and so far, I am sure I did. Anything could happen, of course, for not only are natural disasters unpredictable but so is human behavior.

Second, we moved from the house in town where we'd lived 23 years to this old house and land. I will confess that I had moments of horrible homesickness, but all in all, I have adapted better than I thought I would. I think in time I'll love this place, for I already love the old house. The hard physical labor DH and I have put into the place makes it even more special, though at times living here in the mess while we did projects really frustrated me! Next Spring, we hope to have a green roof put on, as well as sofit vinyl trim around the windows and new gutters. But we'll hire professionals for that job.

We added a huge back porch, then enclosed it to make two additional rooms: a sunroom (where the cats stay now) and a mudroom.

We painted the entire exterior of the house, as well as the wash-house and garage and barn.

And last but not least, we put green shutters on the exterior windows (the last ones put up yesterday on the east side of the house). 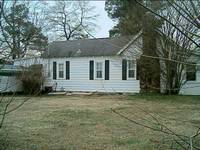 East side of house, new shutters 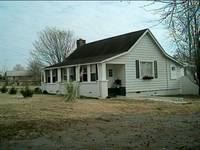 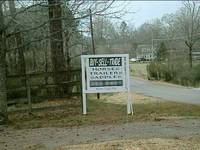 Since this is the last entry of 2004, it will also be the last entry I'll put on CD to be included in the "Time Capsule" to be stored in the attic of this house. I have not finished all the collection yet, but I suppose there's no rush since I can get all the material together as I have time. I do plan to include a newspaper with headlines/stories about the latest terrible disasterous Asian tsunami, perhaps the worst disaster in modern history. In fact, in regards to human lives lost, the 911 tragedy in America pales.

DH has been off this week, but he's gone horseback riding in the nearby national forest today with friends. I went to the grocery store (yuck!) and did a few other errands. Tonight we'll probably just watch the countdown on TV, or fall asleep waiting for it (like old folks do).

I can only sum up the past year for myself as being the greatest year of change in many, many years. I have no regrets either, since we still own the house in town (renters have been great) and I am in seemingly good health (one never knows what lurks inside themselves).

Happy New Year to any who read this blog regularly. I hope you'll return for new entries in 2005!